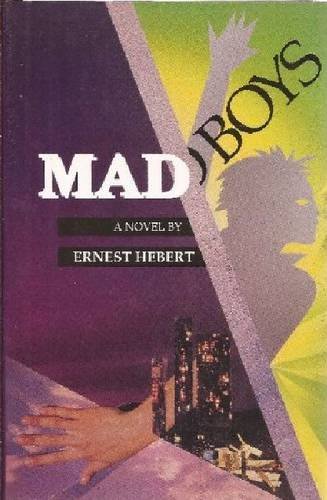 Description:
A darkly comic novel of a boy's picaresque adventure through a surreal American landscape, by the author of The Dogs of March. In a bold departure from his Darby novels, Hebert offers a satiric road story of a 13-year-old's journey through an America where image has replaced substance, and appearance has become reality.

Too Far
by Rich Shapero - Outside Reading
The book follows a pair of ultra-imaginative six-year-olds through a transformative summer spent exploring the woods behind their Alaskan homes. As their family lives become increasingly unstable, the children travel deeper into their private world.
(6197 views)

The Bog Monster of Booker Creek
by Wayne V. Miller
In an extended letter to his son ten years in the future, John Densch chronicles how he and his family slid into a media circus, one in which a middle-school science project became a national joke. The joke takes an ominous turn.
(7262 views)

Love Like This
by Sylvia Hubbard - Smashwords
Angered that his wife would sleep with his brother, Ethan swore revenge. He becomes involved with the one person his wife never wanted him to get close to - her daughter, Nicole. Once Ethan leaves his wife penniless his revenge will be complete.
(8413 views)

The Odd of Sea
by Timothy Hodor
Homer's age-old tale is retold in a manner that bespeaks elegance, comedy, tragedy, and poetry. A war hero Jules Lissy returns 'home' to find that Penny, his unfaithful wife, has entered into a life-long relationship with a fellow islander.
(9904 views)