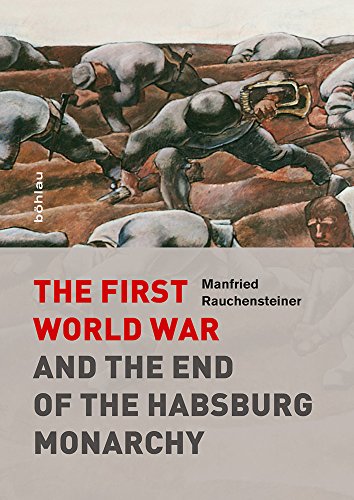 The First World War and the End of the Habsburg Monarchy, 1914-1918
by Manfried Rauchensteiner

Description:
The origins of World War I were different and varied. But it was Austria-Hungary which unleashed the war. After more than four years the Habsburg Monarchy was defeated and ended as a failed state. In this new work on World War I and its devastating consequences, Manfried Rauchensteiner offers the most detailed and insightful military history of the fall of the Habsburg Empire to date.

Sawdust Caesar: The Untold History of Mussolini and Fascism
by George Seldes - Harper & Brothers Publishers
To understand Fascism it is necessary to know its suppressed history and the mind and actions of its spiritual father, and it is the purpose of this book to present documented facts, so that the reader can comprehend the origins of Fascism in Italy.
(7689 views)

Reading In Modern European History
by Hutton Webster - D. C. Heath And Company
This volume of supplementary readings for a high-school course in modern European history consists of extracts from memoirs, letters, speeches, and other sources of information for the great events and personalities of the last three hundred years.
(10589 views)

The personality cult of Stalin in Soviet posters, 1929-1953
by Anita Pisch - ANU Press
This book is the first dedicated study on the marketing of Stalin in Soviet propaganda posters. Drawing on the archives of libraries throughout Russia, hundreds of previously unpublished posters are examined, with more than 130 reproduced in colour.
(3482 views)

Destination Europe: The political and economic growth of a continent
by Kjell M. Torbiorn - Manchester University Press
Destination Europe interprets and interrelates the major political, economic and security developments in Europe from the end of the Second World War up until the present time and looks ahead to how the continent may evolve politically in the future.
(5934 views)