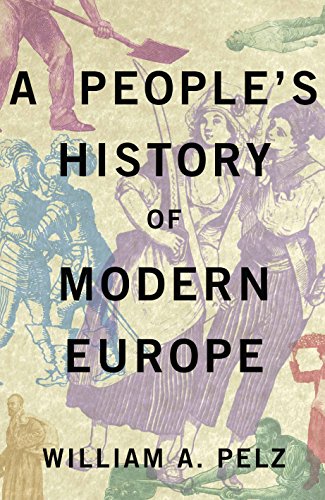 A People's History of Modern Europe
by William A. Pelz

Description:
From the monarchical terror of the Middle Ages to the mangled Europe of the Twenty-first Century, A People's History of Modern Europe tracks the history of the continent through the deeds of those whom mainstream history tries to forget.

Europe in Retrospect: A Brief History of the Past Two Hundred Years
by Raymond F. Betts - D C Heath & Co
To know something of Europe's history is to know something of our world today. This text is designed to assist in such an understanding. It is addressed to those introductory students who want an overview rather than a heavily detailed account.
(12741 views)

A Thousand Years of Russian History
by Sonia E. Howe - Williams and Norgate
The aim in this book is to convey general impressions of the various stages passed through by Russia in the course of her evolution, and to give sketches of the lives of those rulers who have stamped their era with the mark of their personality.
(8170 views)

Russia in the Shadows
by H. G. Wells - Hodder and Stoughton
The book depicts the grim situation of Russia during the civil war. On his trip Wells met many people and came away from this experience pessimistic about the future of Russia, noting that it was slipping into anarchy and even greater backwardness.
(8273 views)

Vlad the Impaler: A Life From Beginning to End
- Hourly History
Many scholars argue that Vlad III Dracula, also known as Vlad the Impaler, is the real Dracula. He was known in western Europe for his cruelty, most especially his penchant for impaling his victims. He is said to have killed some 100,000 people ...
(2983 views)