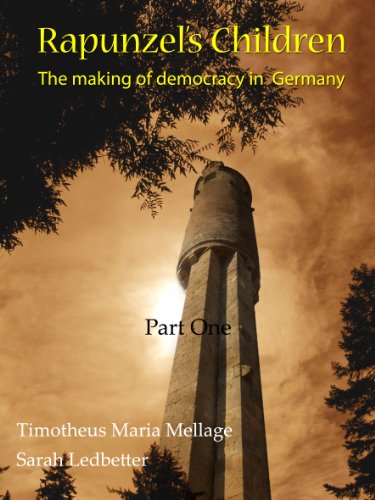 Rapunzel's Children: The making of democracy in Germany
by Tim Mellage

Description:
Tim Mellage's and Sarah Ledbetter's interpretation of the fairy tale Rapunzel is such a work of true originality. It provides a fascinating method to understanding the social developments of Germany over the past five hundred years -- starting with the Reformation of 1517, through the dark years of two World Wars, to the modern democratic state that we know today -- based on the premonitions and symbols contained within the fairy tale.

Russia in the Shadows
by H. G. Wells - Hodder and Stoughton
The book depicts the grim situation of Russia during the civil war. On his trip Wells met many people and came away from this experience pessimistic about the future of Russia, noting that it was slipping into anarchy and even greater backwardness.
(8281 views)

A History of Spain
by Charles E. Chapman - The Macmillan Company
The present work is an attempt to give in one volume the main features of Spanish history from the standpoint of America. It should serve almost equally well for residents of both the English-speaking and the Spanish American countries.
(7080 views)

A History of Ireland
by Edmund Curtis - University Paperbacks
The traditions of the Irish people are the oldest of any race in Europe north and west of the Alps, and they themselves are the longest settled on their own soil. The book covers Ireland history from the origins to circa 1922.
(15028 views)

The personality cult of Stalin in Soviet posters, 1929-1953
by Anita Pisch - ANU Press
This book is the first dedicated study on the marketing of Stalin in Soviet propaganda posters. Drawing on the archives of libraries throughout Russia, hundreds of previously unpublished posters are examined, with more than 130 reproduced in colour.
(3486 views)