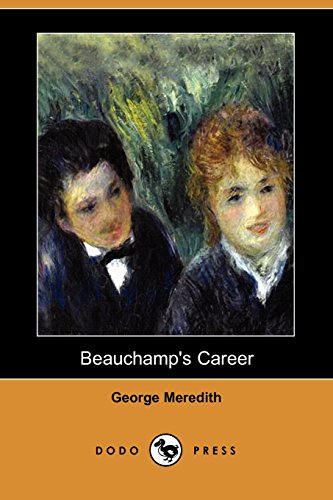 Description:
Beauchamp's Career (1875) is a novel by George Meredith which portrays life and love in upper-class Radical circles and satirises the Conservative establishment. Meredith himself was inclined to think it his best novel, and the character Renee de Croisnel was his favourite of his creations.

The Way of All Flesh
by Samuel Butler - Feedbooks
An autobiographical novel that attacks Victorian hypocrisy as it traces four generations of the Pontifex family. Butler dared not publish it during his lifetime, but when it was published, it was a part of the general revulsion against Victorianism.
(8009 views)

A Traveler from Altruria
by William Dean Howells - Harper & Brothers Publishers
A utopian novel, set during the early 1890s in a fashionable summer resort somewhere on the East Coast. The social differences in America are shown by having the rich staying at a luxurious resort near the farms of workers in a lower class.
(6054 views)

The Awakening
by Kate Chopin - H. S. Stone & company
The Awakening is a short novel by Kate Chopin, first published in 1899. It so disturbed critics and the public that it was banished for decades afterward. This brief novel is widely considered to be a proto-feminist precursor to American modernism.
(12258 views)

The House on the Beach
by George Meredith
A young woman is forced by conscience to become inappropriately engaged to a far older man, who threatens to reveal the secret that her father was previously a deserter. Although written in 1877, Meredith had started the story 15 years prior.
(4048 views)