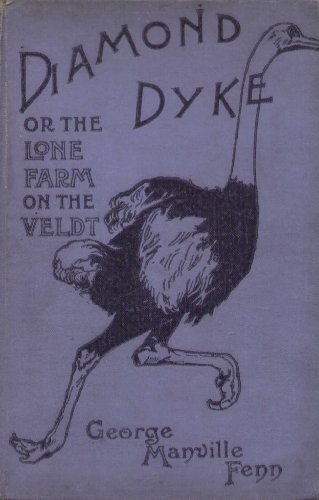 Description:
A most authentic seeming book about the difficulties a pair of young Britons faced when they went to South Africa, and set up an ostrich farm in the dry and largely empty veldt. They had a married couple of the locals to help them, and of these the man wasn't much use. They also had a most sagacious dog, who figures largely in the story. One of the enemies they had to face was lions.

Seven Frozen Sailors
by George Manville Fenn - Project Gutenberg
I suddenly woke to the fact that in going close in to the visible part of the iceberg, we had sailed in over a part of it that was under water, and now the huge mass of ice having grown top-heavy, it was slowly rolling over...
(5244 views)

The Peril Finders
by George Manville Fenn
This is a long and excellent book. It starts in California, where several settlers had been trying to gain a living as fruit-growers, but the various blights and insects were getting the upper hand, and failure was in the air all round ...
(1397 views)

To The West
by George Manville Fenn - ManyBooks
Mayne Gordon and Esau Dean, the heroes of the story, escape from a tyrannical master in the City, who thrashes them into a despairing rage and then prosecutes them for assault. After a good deal of trouble, they arrive safely in British Columbia.
(4667 views)

Young Robin Hood
by George Manville Fenn - H. Altemus co
Ever wonder how Robin Hood became Robin Hood? Read how a young boy was molded into the famous hero who 'robbed from the rich and gave to the poor'. This imaginative story gives zesty details into the development and growth of the famous Robin Hood.
(1106 views)