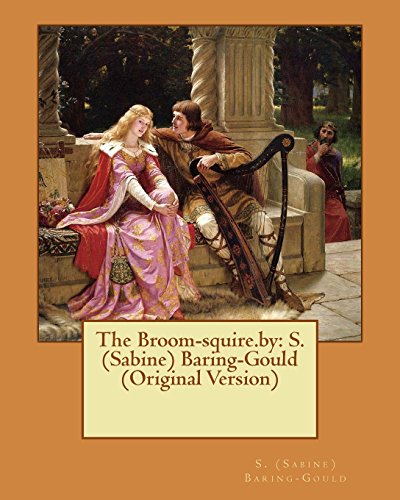 The Broom-Squire
by S. Baring-Gould

Description:
After the road had ascended some way, all trees disappeared. The scenery was as wild and desolate as any in Scotland. On all sides heathery slopes, in the evening light a broken patch of sand showed white, almost phosphorescent, through contrast with the black ling.

The Book of Were-Wolves
by S. Baring-Gould
You may rethink your non-belief in werewolves after reading this detailed study by folklorist Sabine Baring-Gould. He takes you on a journey from medieval times to more modern days, examining old folk tales, public records, medical facts, and more.
(2257 views)

A Book of Ghosts
by S. Baring-Gould - Project Gutenberg
When Anna Arler's husband was brought home dead, she insisted on being left alone in the night by him, before he was buried alone, -- with his coffin. And what happened in that night no one knows. Some affirm that she saw ghosts.
(5649 views)

Mehalah: A Story of the Salt Marshes
by S. Baring-Gould - Smith, Elder & Co.
Between the mouths of the Blackwater and the Colne, on the east coast of Essex, lies a marshy tract freckled in every part with water. It is a wide waste of debatable ground contested by sea and land, subject to incursions from the former ...
(1144 views)