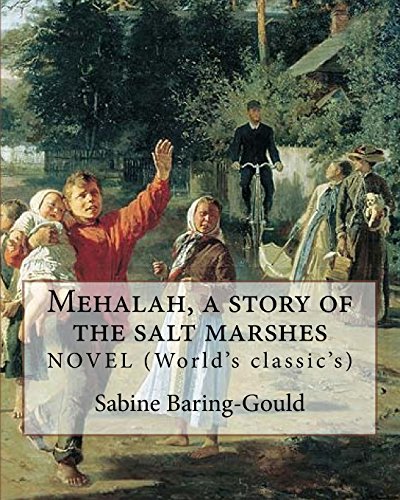 Mehalah: A Story of the Salt Marshes
by S. Baring-Gould

Description:
Between the mouths of the Blackwater and the Colne, on the east coast of Essex, lies an extensive marshy tract veined and freckled in every part with water. It is a wide waste of debatable ground contested by sea and land, subject to incessant incursions from the former, but stubbornly maintained by the latter.

The Book of Were-Wolves
by S. Baring-Gould
You may rethink your non-belief in werewolves after reading this detailed study by folklorist Sabine Baring-Gould. He takes you on a journey from medieval times to more modern days, examining old folk tales, public records, medical facts, and more.
(2050 views)

The Broom-Squire
by S. Baring-Gould - F.A. Stokes
After the road had ascended some way, all trees disappeared. The scenery was as wild and desolate as any in Scotland. On all sides heathery slopes, in the evening light a broken patch of sand showed white through contrast with the black ling.
(866 views)

Grettir the Outlaw: A Story of Iceland
by S. Baring-Gould - A.L. Burt
A classic adventure novel which details the life of Grettir Asmundarson. There are several tales told of Grettir when he was a boy, which show that he was a rough lad. He was set by his father to keep geese on the moors, and this made him angry ...
(973 views)