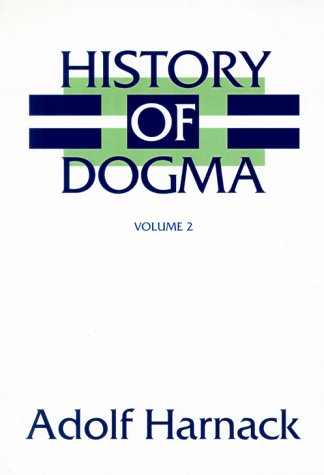 Description:
Adolf von Harnack (May 7, 1851–June 10, 1930), was a German theologian and prominent church historian. He produced many religious publications from 1873-1912. Harnack traced the influence of Hellenistic philosophy on early Christian writing and called on Christians to question the authenticity of doctrines that arose in the early Christian church. He rejected the gospel of John in favor of the synoptic gospels, criticized the Apostles' Creed, and promoted the social gospel.

The Early Christians: In Their Own Words
by Eberhard Arnold - Plough Publishing House
Not merely a volume of collected writings of Christians living in early church communities, this anthology is a reflection of a faith and a way of life aflame with unwavering devotion. A clear and vibrant faith lives in these writings.
(8088 views)

The History of Protestantism
by James Aitken Wylie - Cassell Petter & Galpin
This book pulls back the divine curtain and reveals God's hand in the affairs of His church during the Protestant Reformation. As God's church faces the last days, these compelling books have unique appeal and relevance to all who love the truth.
(10956 views)

The Historical Jesus
by J. M. Robertson - Watts & Co.
Robertson was an advocate of the Jesus-Myth theory, and he argued against the historicity of Jesus. According to Robertson, the character of Jesus in the New Testament developed from a Jewish cult of Joshua, whom he identifies as a solar deity.
(4450 views)