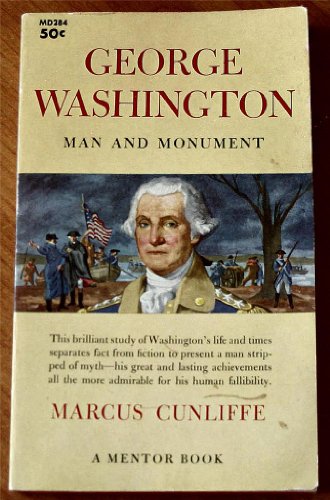 Description:
Washington has become not merely a mythical figure, but a myth of suffocating dullness, the victim of civic elephantiasis. Confronted by the shelves and shelves of "Washingtoniana" all those sonorous, repetitious, reverential items, the set pieces in adulation that are impossible to read without yawning we seek some sour antidote to so much saccharine, and tend to agree with Emerson: Every hero becomes a bore at last. . . .

John Adams: A Life
by John Ferling - The University of Tennessee Press
Ferling depicts a reluctant revolutionary, a leader who was deeply troubled by the warfare that he helped to make, and a fiercely independent statesman. The book brings to life an exciting time, an age in which Adams played an important role.
(8369 views)

John F. Kennedy: A Life From Beginning to End
- Hourly History
John F. Kennedy is the president that everyone knows. He was a rich man's son, an athlete, a war hero, a ladies' man, a president, his face rendered forever young because the last time Americans saw him, he was riding in a convertible in Dallas ...
(3132 views)

Benjamin Franklin
by John T. Morse Jr. - Houghton-Mifflin
This is 1889 biography of Benjamin Franklin. It is here reproduced in recognition of its value as a picture of one of the most notable personalities of Colonial times, and of its acknowledged rank as one of the great autobiographies of the world.
(15662 views)