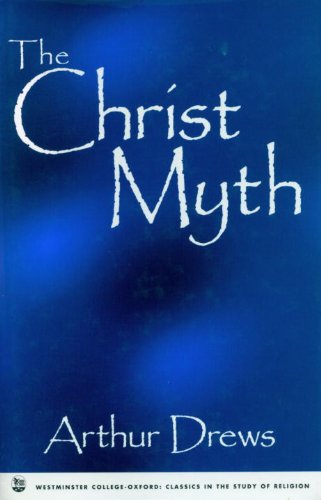 The Christ Myth
by Arthur Drews

Description:
Eminent German philosopher Arthur Drews exposes the Jesus of the gospels as a mythical character, arguing that no basis exists for seeking a historical figure behind the Christ myth. Through a comparative study of ancient religions, Drews shows that Christianity is a syncretism of various pagan and Jewish beliefs, and that a strong pre-Christian cult of Jesus as son of God and messiah existed.

The Historical Jesus
by J. M. Robertson - Watts & Co.
Robertson was an advocate of the Jesus-Myth theory, and he argued against the historicity of Jesus. According to Robertson, the character of Jesus in the New Testament developed from a Jewish cult of Joshua, whom he identifies as a solar deity.
(4960 views)

Beyond the Witch Trials: Witchcraft and Magic in Enlightenment Europe
by Owen Davies, Willem De Blecourt (eds.) - Manchester University Press
An important collection of essays on the nature of witchcraft and magic in European society during the Enlightenment. The book is innovative because it provides the reader with a challenging variety of different approaches and sources of information.
(5297 views)

The History of Protestantism
by James Aitken Wylie - Cassell Petter & Galpin
This book pulls back the divine curtain and reveals God's hand in the affairs of His church during the Protestant Reformation. As God's church faces the last days, these compelling books have unique appeal and relevance to all who love the truth.
(11394 views)