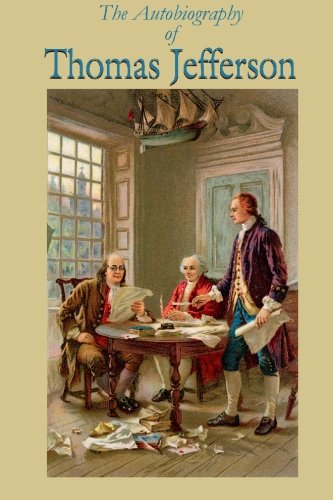 Description:
Autobiography of Thomas Jefferson, 1743-1790, together with a summary of the chief events in Jefferson's life. The Autobiography left by Thomas Jefferson belongs to the literature of the Nation. The distinctive character of the man, his imagination, his intellectual force, and his patriotism, have served to make Jefferson a great figure in American history.

The Life and Teaching of Karl Marx
by Max Beer - National Labour Press
Written by renowned Marxist historian Max Beer, this book is a definitive biography, full of personal details and a clear account of Marx's economic and historical doctrines, the 'Dictatorship of the Proletariat' and Bolshevist methods generally.
(10192 views)

Diplomatically Speaking
by Lloyd Carpenter Griscom - Literary Guild of America
Mr. Griscom's life story reads like something out of one of Davis' own adventure tales. At 20 he found himself in London as Secretary to Mr. Bayard. Then came Constantinople, a veritable nest of spies, assassins and international intrigue ...
(3796 views)

George Washington Man and Monument
by Cunliffe Marcus - Mentor Book
The obelisk that called the Washington Monument was completed a hundred years after George Washington had achieved victory and independence for his nation. Yet the bones of the man it celebrates are in the vault of his Mount Vernon home.
(15133 views)

The Autobiography of Benjamin Franklin
by Benjamin Franklin - J.B. Lippincott
The original form of the manuscript is here reproduced in recognition of its value as a picture of one of the most notable personalities of Colonial times, and of its acknowledged rank as one of the great autobiographies of the world.
(22426 views)