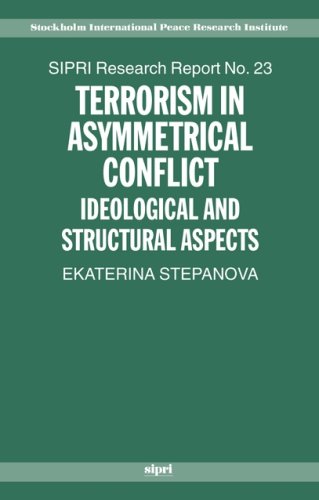 Terrorism in Asymmetric Conflict: Ideological and Structural Aspects
by Ekaterina A. Stepanova

Description:
This thought-provoking book challenges the conventional discourse on—and responses to—contemporary terrorism. It examines the synergy between the extremist ideologies and the organizational models of non-state actors that use terrorist means in asymmetrical conflict. This synergy is what makes these terrorist groups so resilient in the face of the counterterrorist efforts of their main opponents—the state and the international system—who are conventionally far more powerful.

Democracy and Revolutionary Politics
by Neera Chandhoke - Bloomsbury Academic
By exploring the concept of political violence from the perspective of critical political theory, Neera Chandhoke investigates its nature, justification and contradictions. She uses the case study of Maoist revolutionaries in India ...
(4636 views)

The Second Twentieth Century
by Jean-Jacques Rosa - Hoover Institution Press
Jean-Jacques Rosa shows how the transformation in communication and information technology has led to the downfall of twentieth century political and corporate hierarchies and is a driving force behind today's democratic free-market trend.
(5860 views)

Corruption and Anti-Corruption
by Peter Larmour, Nick Wolanin - Asia Pacific Press
The book deals with the international dimensions of corruption, including campaigns to recover assets of former dictators, and the links between corruption, transnational and economic crime. It deals with corruption as an issue in political theory.
(7758 views)