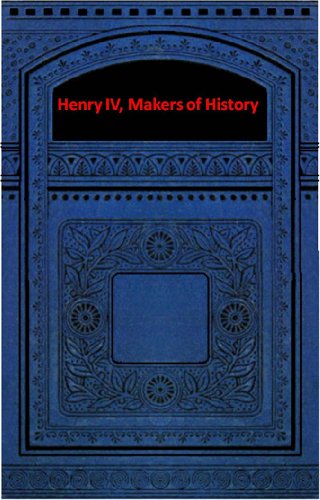 Description:
There is no portion of history fraught with more valuable instruction than the period of those terrible religious wars which desolated the sixteenth century. There is no romance so wild as the veritable history of those times.

A Thousand Years of Russian History
by Sonia E. Howe - Williams and Norgate
The aim in this book is to convey general impressions of the various stages passed through by Russia in the course of her evolution, and to give sketches of the lives of those rulers who have stamped their era with the mark of their personality.
(9242 views)

The Black Death: A History From Beginning to End
- Hourly History
The Black Death claimed between 75 million and 200 million lives in four short years. In this engaging and well-researched book, the trajectory of the plague's march west across Eurasia and the cause of the great pandemic is thoroughly explored.
(3447 views)

A History of Germany
by Bayard Taylor - Project Gutenberg
My aim has been to present a clear narrative, omitting no episode of importance, yet preserving a distinct line of connection from century to century. Besides referring to the best authorities, I have based my labors mainly upon three recent works.
(9533 views)

Witch, Warlock, and Magician
by W. H. Davenport Adams - J. W. Bouton
The author gives a general introduction to alchemy in Europe and traces the development of magic and alchemy in England from the fourteenth century onwards. Adams established himself as a popular science writer, translator and lexicographer.
(7828 views)