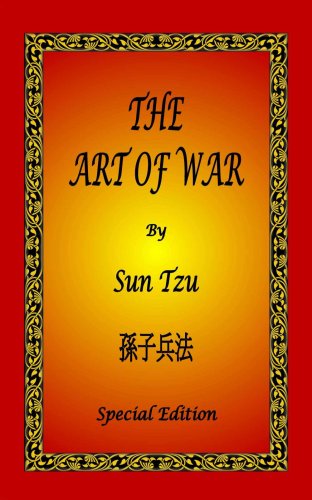 The Art of War
by Sun Tzu

Description:
The Art of War is a Chinese military treatise that was written by Sun Tzu in the 6th century BC. Composed of 13 chapters, each of which is devoted to one aspect of warfare, it is the definitive work on military strategies and tactics of its time, and still a basic text.

Battle of the Bismarck Sea
by Gregory P Gilbert - Royal Australian Air Force
The book details and analyses the planning and preparation of both Allied and Japanese forces leading up to the battle, description of the battle itself and discussion of the aftermath, including stunning photographs taken during the fighting.
(5705 views)

The Generalship of Ulysses S. Grant
by J. F. C. Fuller - Dodd, Mead and Company
The reader leaves this book with a sense of knowing and understanding Grant, and believing that Grant's personality was the critical factor in the Union's 1864-1865 Virginia compaigns. This text is an essential Civil War reading.
(14557 views)

Inside War
by Fabio Armao - De Gruyter Open
Inside War argues that XXI century wars are products of the blurring of the public-private divide, induced by the end of the Cold War. Also, internal and external factors are blurred and the border between war and crime is becoming ever more elusive.
(2234 views)

Psychological Warfare
by Paul Myron Anthony Linebarger - Duell, Sloan and Pearce
This book is the product of experience rather than research, of consultation rather than reading. I have tried to incorporate those concepts and doctrines which found readiest acceptance among the men actually doing the job.
(3132 views)