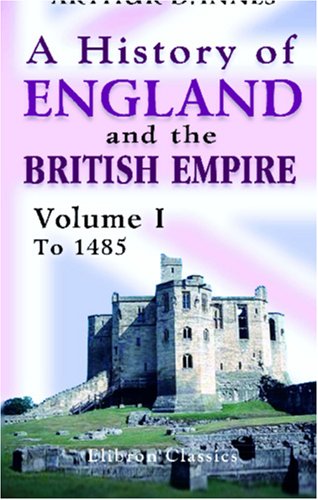 A history of England and the British Empire
by Arthur D. Innes

Description:
This work is intended in the first place to appeal to the general reader who finds less than he requires in the books written expressly for the use of schools. But in the second place, it ought to be of service to advanced pupils and their teachers, as well as to university and other students who are taking up history for the purposes of examination, yet find the specialists' work somewhat outside their range.

A Psychological Analysis of Adolph Hitler: His Life and Legend
by Walter C. Langer - National Archives of the US
What did they know about Adolph Hitler when they were planning D-day? This is a psychological profile produced in 1943 by the O.S.S. (forerunner to the C.I.A.) used to help the Allied commanders understand the Nazi leader.
(14054 views)

Around the World for 900 Years: Watching History Happen
by George J Cole - Smashwords
Cole's history is World News, reported as it happens by a roving observer in an imaginary space station drifting around the Earth for 900 years. He observes interesting events that are happening about the same time in different parts of the world.
(13896 views)

A Short History of Christianity
by J. M. Robertson - Watts & Co.
Robertson was an advocate of the Jesus-Myth theory, and he argued against the historicity of Jesus. According to Robertson, the character of Jesus in the New Testament developed from a Jewish cult of Joshua, whom he identifies as a solar deity.
(7234 views)