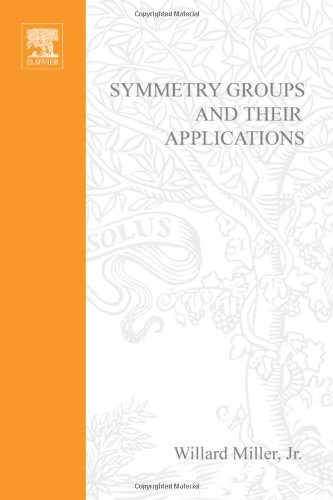 Symmetry Groups and Their Applications
by Willard Miller

Description:
This is a beginning graduate level textbook on applied group theory. Only those aspects of group theory are treated which are useful in the physical sciences, but the mathematical apparatus underlying the applications is presented with a high degree of rigor.

Finite Group Schemes
by Richard Pink - ETH Zurich
The aim of the lecture course is the classification of finite commutative group schemes over a perfect field of characteristic p, using the classical approach by contravariant Dieudonne theory. The theory is developed from scratch.
(8764 views)

Theory of Groups of Finite Order
by William Burnside - Cambridge University Press
After introducing permutation notation and defining group, the author discusses the simpler properties of group that are independent of their modes of representation; composition-series of groups; isomorphism of a group with itself; etc.
(9540 views)

Theory and Applications of Finite Groups
by G. A. Miller, H. F. Blichfeldt, L. E. Dickson - J. Wiley
The book presents in a unified manner the more fundamental aspects of finite groups and their applications, and at the same time preserves the advantage which arises when each branch of an extensive subject is written by a specialist in that branch.
(7124 views)