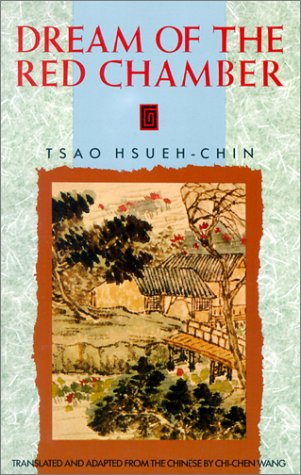 The Dream of the Red Chamber
by Cao Xueqin

Description:
For more than a century and a half, Dream of the Red Chamber has been recognized in China as the greatest of its novels, a Chinese Romeo-and-Juliet love story and a portrait of one of the world's great civilizations. Translated by H. Bencraft Joly.

Don Quixote
by Miguel De Cervantes - J. W. Clark
The story of Don Quixote de la Mancha, a country gentleman who has read so many stories of chivalry that he descends into fantasy and becomes convinced he is a knight-errant. Together with his squire Sancho Panza he sets out in search of adventure.
(15299 views)

Resurrection
by Leo Tolstoy - Francis Riddell Henderson
The story of a nobleman's attempt to redeem himself for the suffering his youthful philandering caused a peasant girl. Tolstoy's vision of redemption achieved through loving forgiveness, and his condemnation of violence dominate the novel.
(12577 views)

The Red and the Black
by Stendhal - K. Paul, Trench, Trübner & co.
A brilliant portrait of one of the most ruthlessly charming heroes in literature, The Red and the Black chronicles the rise and fall of Julian Sorel. Born into the peasantry, Sorel connives his way into the highest Parisian aristocratic circles.
(11023 views)

A Simple Soul
by Gustave Flaubert
A story of one woman's apparently fruitless existence. The protagonist, a hardworking, good-hearted, poor and uneducated woman named Felicite, is said to have been modeled after a maid employed by Flaubert's family during his childhood.
(7274 views)