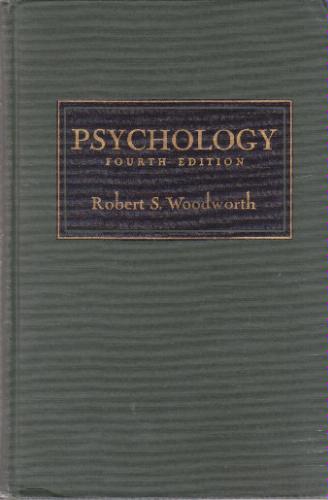 Psychology: A Study Of Mental Life
by Robert S. Woodworth

Description:
Modern psychology is an attempt to bring the methods of scientific investigation, which have proved immensely fruitful in other fields, to bear upon mental life and its problems. Originally published in 1921, the book is intended for the beginner.

The Varieties Of Religious Experience: A Study In Human Nature
by William James - Longmans
Considering religion as it is felt in everyday life, James undertook a project that stands not only as one of the most important texts on psychology ever written, but for many critics one of the best works of nonfiction written in the 20th century.
(17241 views)

The Psychology of Cyberspace
by John Suler - Rider University
This hypertext book explores the psychological aspects of environments created by computers and online networks. It presents an evolving conceptual framework for understanding how people react to and behave within cyberspace.
(12801 views)

The Principles of Psychology
by William James
This is a two-volume introduction to the study of the human mind. Based on his classroom lessons and first published in 1890, James has gathered together the most interesting and most accessible information for the beginning student.
(15990 views)