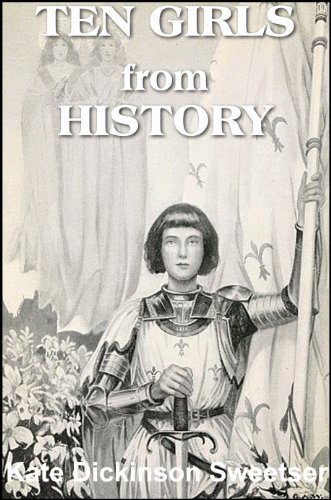 Description:
The plan has been to call attention to the lives of girls who achieved some noteworthy success during youth, and in whose character courage was the dominant trait. More attention has been paid to accuracy of historic fact than to the weaving of interesting romances, in the hope that this volume may be used as an introduction to the more detailed historical documents from which its sketches are taken.

Medieval And Modern History
by Hutton Webster - D.C. Heath & Co
This textbook, as the title indicates, covers both the Middle Ages and modern times. The entire work has been written since the outbreak of the World War I, and its probable consequences have been kept constantly in mind.
(13289 views)

A Short History of Christianity
by J. M. Robertson - Watts & Co.
Robertson was an advocate of the Jesus-Myth theory, and he argued against the historicity of Jesus. According to Robertson, the character of Jesus in the New Testament developed from a Jewish cult of Joshua, whom he identifies as a solar deity.
(7251 views)

The History of the Devil
by Daniel Defoe - Project Gutenberg
Containing a State of the Devil's Circumstances, and the various Turns of his Affairs; from his Expulsion out of Heaven, to the Creation of Man; with Remarks on the Several Mistakes concerning the Reason and Manner of his Fall.
(11490 views)