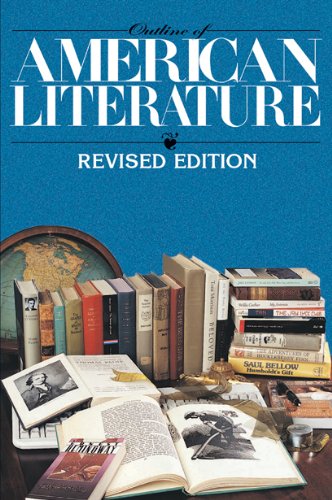 Description:
The Outline of American literature, newly revised, traces the paths of American narrative, fiction, poetry and drama as they move from pre-colonial times into the present, through such literary movements as romanticism, realism and experimentation.

Mysticism in English Literature
by Caroline F. E. Spurgeon - Cambridge University Press
Author restrict herself to a discussion of that philosophical type of mysticism which concerns itself with questions of ultimate reality. The aim of the book is to consider this subject in connection with great English writers.
(14306 views)

Oscar Wilde: A Critical Study
by Arthur Ransome - Project Gutenberg
He saw art as self-expression and life as self-development. He felt that his life was material on which to practise his powers of creation, and handled it and brooded over it like a sculptor planning to make a dancing figure out of a pellet of clay.
(7489 views)

Horizons of Enchantment: Essays in the American Imaginary
by Lene M. Johannessen - Dartmouth College Press
Johannessen's subject here is the almost mystical American belief in the promise and potential of the individual, that can loosely be characterized as a fundamental and unwavering faith in the secular sanctity of the American project of modernity.
(4863 views)