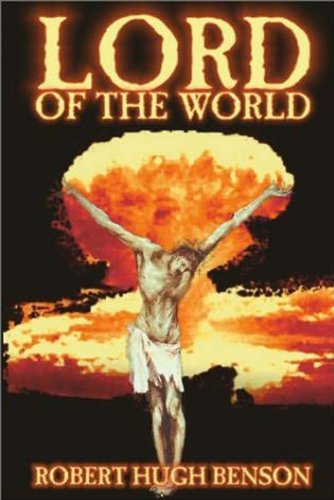 Lord of the World
by Robert Hugh Benson

Description:
The novel imagines a socialist and humanist world where religion has been either suppressed or ignored. People have no history or hope so they often turn to euthanasia, which is legal. Further there is a 'one-world' government that uses Esperanto for its language and ultimately becomes a servant of the anti-Christ.

Maelstrom
by Peter Watts - Tor Books
This is the way the world ends: A nuclear strike on a deep sea vent. The target was an ancient microbe -- voracious enough to drive the biosphere to extinction -- and a handful of amphibious humans called rifters who'd inadvertently released it.
(4863 views)

Dominant Species
by Ben L. Hughes - Smashwords
A medical breakthrough has just changed the future of humankind forever. Under the biological enhancement program, ordinary people can live a life virtually free from disease and illness. The majority accepts the procedure and becomes augmented ...
(3563 views)

Dark Descent
by Katie George - Smashwords
In the wealthy oasis of Malibu, California, something utterly deceptive falls out of the sky and threatens to change human history forever ... while two college students find themselves in reality as terrifying as their chance of a successful escape.
(2180 views)