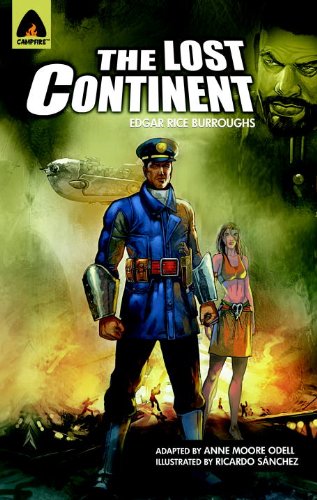 Description:
The novel, set in the year 2137, was heavily influenced by the events of World War I. In the future world depicted in the novel, Europe has descended into barbarism while an isolationist and politically united Western Hemisphere remains sheltered from the destruction. The title Beyond Thirty refers to the 30th meridian west that inhabitants of the Western Hemisphere are forbidden to pass.

City at World's End
by Edmond Hamilton - ManyBooks
The pleasant little American city of Middletown is the first target in an atomic war -- but instead of blowing Middletown to smithereens, the super-hydrogen bomb blows it right off the map -- to somewhere else in the unimaginably far-distant future.
(7270 views)

2120 Titus
by Razor Blade - Smashwords
A 17 km wide asteroid named 2120 Titus is heading towards a collision with Earth. A known object for over a hundred years, scientists struggle to understand why the asteroid is heading towards Earth and why it is emitting an intelligent radio signal.
(2117 views)

Dark Descent
by Katie George - Smashwords
In the wealthy oasis of Malibu, California, something utterly deceptive falls out of the sky and threatens to change human history forever ... while two college students find themselves in reality as terrifying as their chance of a successful escape.
(2178 views)

C-Shapes
by Matthew Fish
Eight years after a virus caused half of the population of the world to go mentally unstable, a man named Ethan chase signs up to become a caretaker for two unstables. One of them, a 'Mirror' and the other a highly functioning 'Amnesiac.'
(4461 views)