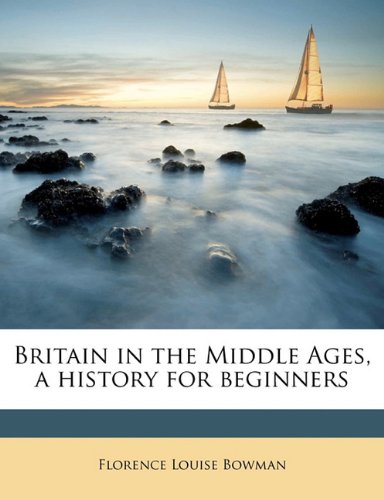 Britain in the Middle Ages
by Florence L. Bowman

Description:
Since, in the early stages of school work, it is more important to present, as vividly as possible, some of the fundamental historic ideas than to give any outline of events, it is hoped that this collection of stories, told from the chronicles, may provoke readers to discussion and further inquiry.

A Short History of Wales
by Owen Edwards - T. Fisher Unwin Ltd.
Sir Owen M. Edwards was a historian, who wrote a number of books on Welsh history. An educationalist and a prolific writer, in this book he intended to arouse interest among the people of Wales in their own language and history.
(8470 views)

An Introduction to the Industrial and Social History of England
by Edward P. Cheyney - The MacMillan Company
A college and high-school textbook covering the English history from the growth of the nation, the middle of the fourteenth century, rural and town life and organization, medieval trade and commerce, the black death and the peasants' rebellion, etc.
(13454 views)

The Story of the Empire
by Edward Salmon - George Newnes
The story about the dramatic development of the British dominions, east, west and south, from the time of Henry VII. to that of Edvard VII. This is not intended as a textbook, but should rather be regarded as a swiftly moving panorama.
(9413 views)

Queen Victoria: A Life From Beginning to End
- Hourly History
Queen Victoria's life was one of magnificent proportions. Victoria's childhood was difficult and lonely but from the time she took the throne aged just eighteen she blossomed into a powerful woman, both frivolous and formidable.
(3474 views)