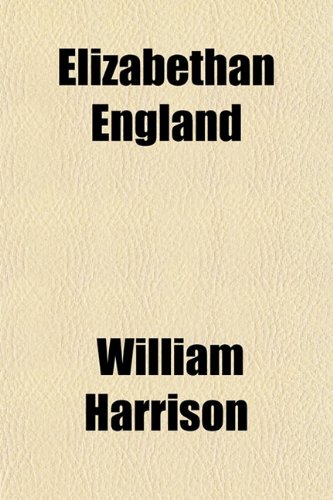 Description:
This work enumerated England's geographic, economic, social, religious and political features and represents an important source for historians interested in life in Elizabethan England. Harrison gathered his facts from books, letters, maps, the notes of John Leland, and conversations with antiquaries and local historians like his friends John Stow and William Camden. He also used his own observation, experience and wit, and wrote in a conversational tone without pedantry, which has made the work a classic.

Haunted London
by Walter Thornbury - Chatto & Windus, Piccadilly
This book deals less with the London of the ghost-stories, than with the London consecrated by manifold traditions -- a city every street of which teems with interesting associations: this London of the present haunted by the memories of the past.
(6345 views)

Front Line 1940-41: The Official Story of the Civil Defence of Britain
- HMSO
Front Line is a tale of individual effort and performance. This book was produced whilst Britain was in the thick of World War 2, and victory was by no means certain. The text is undoubtedly morale boosting propaganda, but it is a fascinating read.
(7348 views)