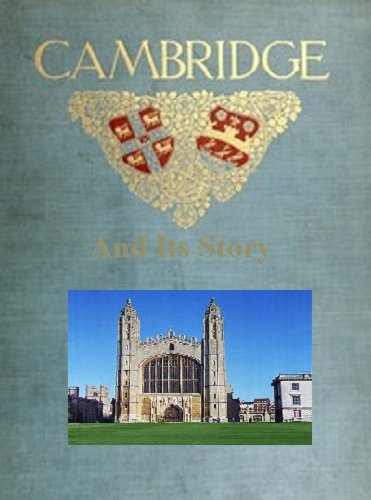 Cambridge and its Story
by Charles William Stubbs

Description:
This work details the origins and history of one of the most famous schools in the world, Cambridge University in England. Beautiful illustrations and detailed information allow the reader to get a full sense of the history and beauty of this university.

A history of England and the British Empire
by Arthur D. Innes - The MacMillan Company
This work is intended to appeal to the general reader who finds less than he requires in the books written expressly for the use of schools. It ought to be of service to advanced pupils and their teachers, as well as to university and other students.
(13458 views)

History of Scotland
by Margaret Macarthur - Henry Holt & Co.
Covering the History of Scotland in a concise and efficient manner, from the Gaelic Period through to the Reformation. The northern part of Great Britain is now called Scotland, but it was not called so till the Scots came over from Ireland ...
(6728 views)

An Introduction to the Industrial and Social History of England
by Edward P. Cheyney - The MacMillan Company
A college and high-school textbook covering the English history from the growth of the nation, the middle of the fourteenth century, rural and town life and organization, medieval trade and commerce, the black death and the peasants' rebellion, etc.
(13724 views)