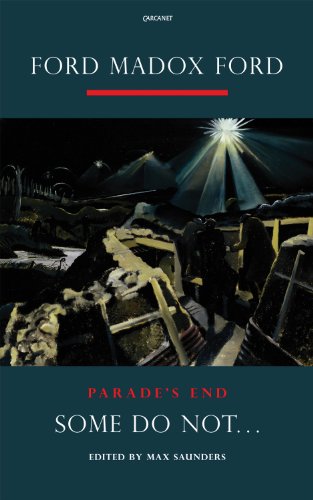 Some Do Not...
by Ford Madox Ford

Description:
Christopher and Valentine are on the verge of becoming lovers until he must return to his World War I regiment. An unforgettable exploration of the tensions of a society confronting catastrophe, sexuality, power, madness, and violence, this narrative examines time and a critical moment in history.

The Jungle
by Upton Sinclair - Grosset & Dunlap
A vivid portrait of life and death in a turn-of-the-century American meat-packing factory. A grim indictment that led to government regulations of the food industry, The Jungle is Sinclair's contribution to literature and social reform.
(14342 views)

The Tower of Oblivion
by Oliver Onions - The Macmillan Company
An extravaganza based on the juvenating gland and its endless possibilities. A novel of topsy-turviness in man's aging process, so original in its conception that it would be a pity to summarize it for you - written with distinction of manner.
(5735 views)

Martin Eden
by Jack London - Feedbooks
This is a novel by American author Jack London, about a struggling young writer. This book is a favorite among writers, who relate to Martin Eden's speculation that when he mailed off a manuscript, there was no human editor at the other end.
(8977 views)