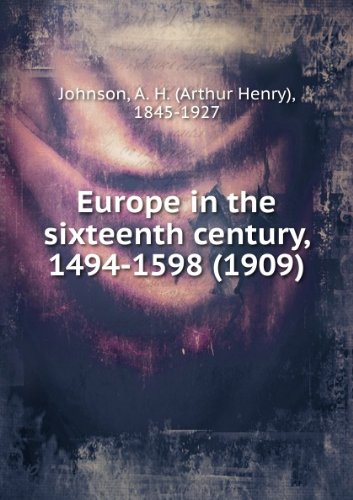 Description:
A singularly clear, thorough, and consistent account of the great movements and great events of the time. Mr. Johnson was well known as one of the most experienced and successful teachers of history at Oxford, and the book has all the merits which the fact of being written by a good teacher can give it. It is clear, sensible, and accurate, and commendably free from fads or bias.

Vlad the Impaler: A Life From Beginning to End
- Hourly History
Many scholars argue that Vlad III Dracula, also known as Vlad the Impaler, is the real Dracula. He was known in western Europe for his cruelty, most especially his penchant for impaling his victims. He is said to have killed some 100,000 people ...
(3941 views)

Witch, Warlock, and Magician
by W. H. Davenport Adams - J. W. Bouton
The author gives a general introduction to alchemy in Europe and traces the development of magic and alchemy in England from the fourteenth century onwards. Adams established himself as a popular science writer, translator and lexicographer.
(7735 views)