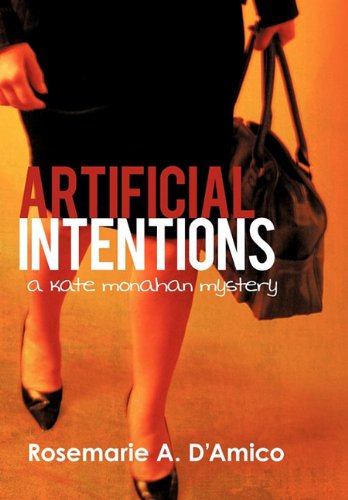 Description:
Kate Monahan is back in this thrilling sequel to Options, the first Monahan mystery. After the unfortunate chain of events at TGC that left her injured and unemployed, Kate is close to hitting rock bottom. She's working at new job she hates just to get by. But then Kate gets a call for help that changes her life. Will Kate persevere to the end of this dangerous journey, or will she end up dead?

The Finding
by Nicky Charles - Feedbooks
She discovered a dark secret, witnessed a murder and fled into the night fearing for her life. Three years later, she is still hiding from her past, haunted by a dream lover and fighting to control a beast that seems to grow stronger each day.
(6876 views)

Black Woods
by Laura Wright LaRoche - Smashwords
Avid mushroom hunters and volunteers with the local Search and Rescue Department, Laura and Julie, remember that first encounter in the woods years ago. Four young men, fun by nature, travel to the woods with high hopes of a hunt they won't forget.
(5411 views)

Their Own Game
by Duncan James - Smashwords
A top secret plan shifts the war on terrorism from the Middle East to Northern Ireland. Major Bill Clayton and his attractive sergeant Catherine Wilson hunt the killer of Clayton's uncle who was involved with Libyan terrorist weapons suppliers.
(6763 views)