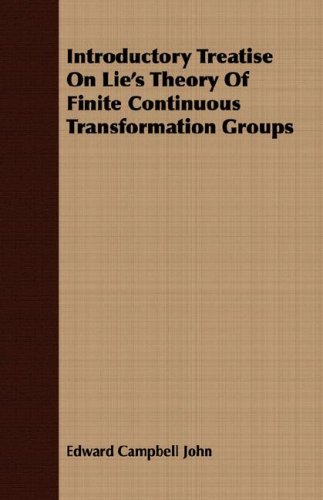 An Introduction to the Lie Theory of One-Parameter Groups
by Abraham Cohen - D.C. Heath & co
The object of this book is to present in an elementary manner, in English, an introduction to Lie s theory of one-parameter groups, with special reference to its application to the solution of differential equations invariant under such groups.
(4459 views)

Roots of a Compact Lie Group
by Kristopher Tapp - arXiv
This expository article introduces the topic of roots in a compact Lie group. Compared to the many other treatments of this standard topic, I intended for mine to be relatively elementary, example-driven, and free of unnecessary abstractions.
(6669 views)