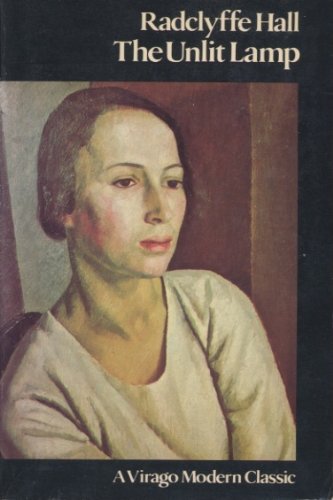 The Unlit Lamp
by Radclyffe Hall

Description:
The story of Joan Ogden, a young girl who dreams of setting up a flat in London with her friend Elizabeth (a so-called Boston marriage) and studying to become a doctor, but feels trapped by her manipulative mother's emotional dependence on her. This novel portrays the love -- and hate -- that can exist between women. Joan's mother binds her daughter to her with hoops of steel, a trap which nothing can spring no career, no man and certainly no woman.

The Wet Parade
by Upton Sinclair - Farrar & Rinehart
In the early 20th Century, with the Prohibition Era approaching, two families come undone over the evils of alcohol. The drinking of Roger Chilcote costs him everything, including his family's money after gambling it away. Chilcote commits suicide...
(3862 views)

A Man and His Money
by Frederic Stewart Isham - The Bobbs-Merrill Company
The hero is a young man who voluntarily gives up his millions to start at the bottom. For Horatio Heatherbloom -- which, as you may guess, was not really his name -- wealth had formed a handicap. So he went to work with his hands and his brain.
(5486 views)

The Unbearable Bassington
by Saki - John Lane Co.
In the staid British society of 1900, the irresponsible Comus Bassington is always getting into trouble. What can be done with him? Ship him to the Colonies, where he can no longer embarrass his mother or break the hearts of girls...
(4940 views)