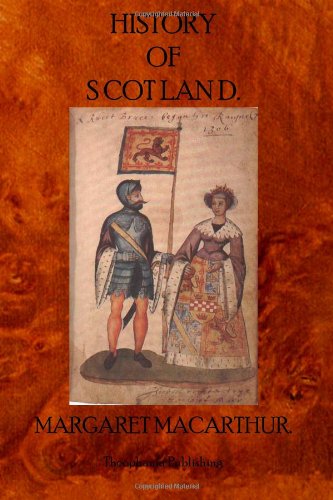 History of Scotland
by Margaret Macarthur

Description:
Covering the History of Scotland in a concise and efficient manner, from the Gaelic Period through to the Reformation. The northern part of Great Britain is now called Scotland, but it was not called so till the Scots, a Celtic people, came over from Ireland and gave their name to it...

The British Monarchy on Screen
by Mandy Merck - Manchester University Press
In the first book length examination of film and television representations of this enduring institution, distinguished scholars of media and political history analyze the screen representations of royalty from Henry VIII to 'William and Kate'.
(4097 views)

A Short History of England
by G. K. Chesterton - Chatto and Windus
This volume covers quickly, yet completely, the history of England from early Roman times to the time of the Great War, World War I. Gilbert Keith Chesterton is certainly one of the most entertaining, and important, authors in the English language.
(13536 views)

The History of England
by A.F. Pollard - ManyBooks
A.F. Pollard was a major force in establishing history as an academic subject in Britain. This book traces the evolution of a great empire, which has often conquered others, out of a little island which was often conquered itself.
(9688 views)