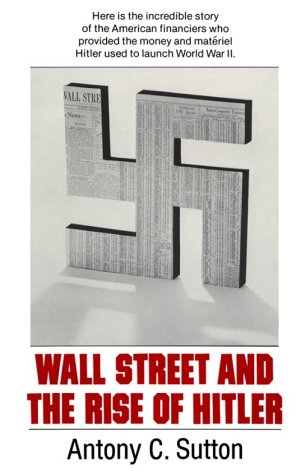 Wall Street and the Rise of Hitler
by Antony C. Sutton

Description:
This book describes the role of the Wall Street financial elite in the 1933 seizure of power by Adolf Hitler in Germany. Contemporary academic histories, with perhaps the sole exception of Carroll Quigley's Tragedy And Hope, ignore this evidence.

Europe in the Middle Ages
by I. L. Plunket - Oxford University Press
The history of Mediaeval Europe is so vast a subject that the attempt to deal with it in a small compass must entail either severe compression or what may appear reckless omission. I venture to claim for the present book a pioneer path of 'omission'.
(5427 views)

Lenin's Brain and Other Tales from the Secret Soviet Archives
by Paul R. Gregory - Hoover Institution Press
An enlightening look into the once-secret Soviet state and party archives that Western scholars first gained access to in the 1990s. Paul Gregory breaks down a decades-old wall of secrecy to reveal intriguing new information on various subjects.
(8787 views)

The Young Hitler I Knew
by August E. V. Anderson - Houghton Mifflin Company
An extraordinary memoir by a man who actually met Hitler in 1904. Their passion for music created a friendship, and a roommate situation. This book deals with the darkest, perhaps the most formative, and the most interesting period of Hitler's life.
(17103 views)