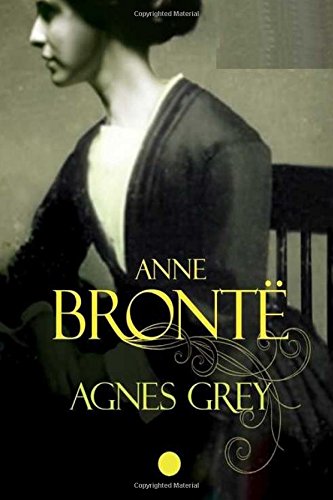 Description:
Drawing directly on her own experiences, Anne Bronte describes the isolation and dark ambiguity of the governess's life as lived by her fictional heroine Agnes Grey. Mature, insightful, and edged with a quiet irony, this first novel by the youngest of the Brontes displays her keen sense of moral responsibility and sharp eye for bourgeois attitudes and behavior.

The Unlit Lamp
by Radclyffe Hall - eBooks@Adelaide
The story of Joan Ogden, a young girl who dreams of setting up a flat in London with her friend Elizabeth (a so-called Boston marriage) and studying to become a doctor, but feels trapped by her manipulative mother's emotional dependence on her.
(5126 views)

Last Post
by Ford Madox Ford - Duckworth
Novel is set on a single post-war summer's day. Through their differing perspectives, Ford explores the tensions between his characters in a changing world, haunted by the experience of war, facing an insecure future for themselves and for England.
(6571 views)

Shirley
by Charlotte Bronte - Harper
Set during the Napoleonic wars, Shirley is a passionate depiction of conflict among classes, sexes, and generations. Struggling manufacturer Robert Moore considers marriage to the wealthy Shirley Keeldar, yet his heart lies with Caroline ...
(6851 views)

Beauchamp's Career
by George Meredith - Chapman & Hall
This novel portrays life and love in upper-class Radical circles and satirises the Conservative establishment. Meredith himself was inclined to think it his best novel, and the character Renee de Croisnel was his favourite of his creations.
(3492 views)