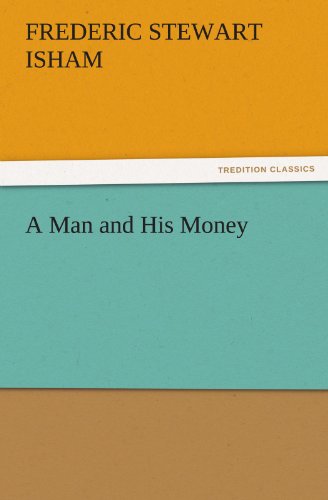 A Man and His Money
by Frederic Stewart Isham

Description:
The hero is a young man who voluntarily gives up his millions to start at the bottom. For Horatio Heatherbloom -- which, as you may guess, was not really his name -- wealth had formed a handicap. So he put it away -- and went to work with his hands and his brain.

The Unbearable Bassington
by Saki - John Lane Co.
In the staid British society of 1900, the irresponsible Comus Bassington is always getting into trouble. What can be done with him? Ship him to the Colonies, where he can no longer embarrass his mother or break the hearts of girls...
(4940 views)

What Lies Buried
by John Bishop - Smashwords
A story of family secrets and misunderstandings, and the way in which they impact down the generations. The notion of things being buried is a metaphor for all kinds of issues including, art fraud, family feuds, and holocaust survival.
(5953 views)

Beauchamp's Career
by George Meredith - Chapman & Hall
This novel portrays life and love in upper-class Radical circles and satirises the Conservative establishment. Meredith himself was inclined to think it his best novel, and the character Renee de Croisnel was his favourite of his creations.
(4010 views)