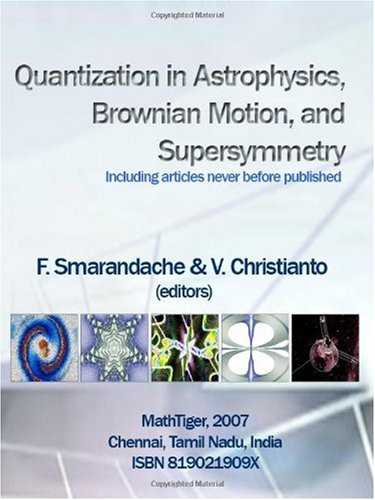 Description:
The present book discusses, among other things, various quantization phenomena found in Astrophysics and some related issues including Brownian Motion. With recent discoveries of exoplanets in our galaxy and beyond, this Astrophysics quantization issue has attracted numerous discussions in the past few years.

Introduction to Dark Matter Experiments
by R. W. Schnee - arXiv.org
This is a set of lectures presented at the Theoretical Advanced Study Institute 2009. I provide an introduction to experiments designed to detect WIMP dark matter directly, focusing on building intuitive understanding of the potential WIMP signals.
(9570 views)

Astronuclear Physics: a Tale of the Atomic Nuclei in the Skies
by M. Arnould, S. Goriely - arXiv.org
A century ago, nuclear physics entered astrophysics, giving birth to a new field of science. The present Astronuclear Physics review focuses primarily on the facets of nuclear physics that are of relevance to astronomy and astrophysics.
(1323 views)