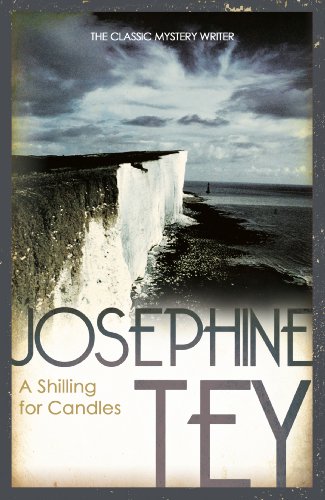 A Shilling for Candles
by Josephine Tey

Description:
Beneath the sea cliffs of the south coast, suicides are a sad but common fact. Yet even the hardened coastguard knows something is wrong when a beautiful young film actress is found lying dead on the beach one morning. Inspector Grant has to take a more professional attitude: death by suicide, however common, has to have a motive -- just like murder...

The Daughter of Time
by Josephine Tey - Peter Davies
Tey's classic novel about Richard III, the hunchback king, whose skeleton was discovered in a council carpark. This novel investigates his role in the death of his nephews, the princes in the Tower, and his own death at the Battle of Bosworth.
(2192 views)

The Franchise Affair
by Josephine Tey - Macmillan
Marion Sharpe and her mother seem an unlikely duo to be found on the wrong side of the law ... until the police turn up with a demure young woman on their doorstep accusing them of kidnap and abuse. She can back up her claim ...
(4594 views)