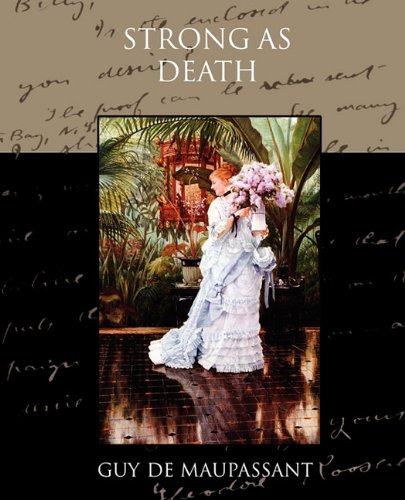 Description:
Strong as Death by Guy de Maupassant is the love story of a lower class painter who is in love with a countess. As she grows older she fears the artist will fall in love with her beautiful daughter. The fear of growing old is timeless...

Metamorphosis
by Franz Kafka - Project Gutenberg
Metamorphosis is the story of a man who transformed overnight into a giant insect, becomes an object of disgrace, an alienated man. A harrowing meditation on feelings of guilt, isolation and inadequacy. One of the most influential fiction books.
(12199 views)

Shining Star
by Pedro Alberto Vera - Lulu.com
A novel of Puerto Rican independence. On the last moments of a presidency, a lame duck president triggers what would become the end of the American presence in Puerto Rico. Unknown to the Americans, Puerto Rico has become oil-rich.
(7533 views)

Don Quixote
by Miguel De Cervantes - eBooks@Adelaide
The story of Don Quixote de la Mancha, a country gentleman who has read so many stories of chivalry that he descends into fantasy and becomes convinced he is a knight-errant. Together with his squire Sancho Panza he sets out in search of adventure.
(12713 views)