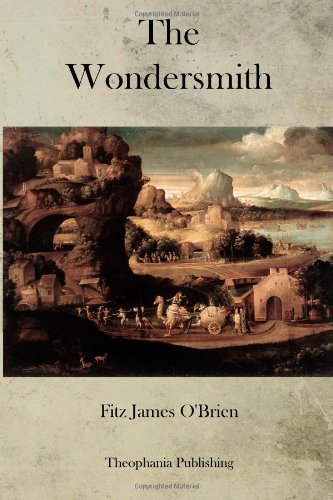 The Wondersmith
by Fitz James O'Brien

Description:
Fitz James O'Brien was an Irish-born American writer, some of whose work is often considered a forerunner of today's science fiction. The Wonder Smith is an early predecessor of robot rebellion, where toys possessed by evil spirits are transformed into living automatons who turns against their creators.

Off On A Comet, Or Hector Servadac
by Jules Verne - Vincent Parke And Co
Although time has obscured this book, Jules Verne's Off on a Comet is a remarkable work. Verne takes his characters on a journey to the depths of infinite space, to present what astronomers of that time really knew of outer space.
(11749 views)

Robur the Conqueror
by Jules Verne - Pierre-Jules Hetzel
A science fiction novel by Jules Verne. The story begins with strange lights and sounds reported in the skies all over the world. The events are capped by the mysterious appearance of black flags with gold suns atop tall historic landmarks.
(7175 views)