The Italian Cook Book
by Maria Gentile - Italian Book Co. , 1919
This book represents the culinary contributions of the multitude of new immigrants flooding the shores of late 19th century America. In this case, the Italian cuisine is represented as not only healthy and economical but also savory and patriotic.
(11097 views)

Things a Monkey Could Cook
by Jean Stites - Smashwords , 2012
Ever have the urge to monkey around in the kitchen? Then look in here for primate-proof directions to some popular favorites. Of course you can do it! This is a book on cooking for complete beginners, containing cooking techniques and tips.
(9779 views)

Cheese and Cheese-Making
by James Long, John Benson - Chapman and Hall , 1896
Instruction on the manufacture of specific cheeses. The authors pay particular attention to gourmet cheese varieties that were more usually produced in Europe, before turning their attention to the manufacturing traditional English cheeses.
(9657 views)

The Physiology of Taste, or Meditations on Transcendental Gastronomy
by Jean Anthelme Brillat-Savarin , 1825
The book offers meditations not just on matters of cooking and eating, but extends to sleep, dreams, exhaustion, and even death. Brillat-Savarin proclaims that the discovery of a new dish does more for human happiness than the discovery of a star.
(12195 views)

Cookbook: Cuisine of the United Kingdom
- Wikibooks , 2009
British cookery is sometimes regarded as a figure of fun but actually it ranks with the best cuisines in the world. It reflects and incorporates something from all the cultures and countries Britain has had contact with throughout her long history.
(13060 views)

The Candy Maker's Guide
- Fletcher Manufacturing Company , 1896
In presenting this selection of choice recipes for Candy Makers we have endeavored to avoid everything that is not practical and easy to understand. The recipes given are from the most experienced and notable candy makers of America and Europe.
(15545 views)

Culture and Cooking
by Catherine Owen - Cassell, Petter, Galpin and Co. , 1881
Although this is not a cookery book, insomuch as it does not deal chiefly with recipes, I shall yet give a few; but only when they are better than those in general use, or good things little known, or belong to the domain of a French chef.
(12007 views)

The Cook's Decameron
by W. G. Waters - W. Heinemann , 1920
The Cook's Decameron: A Study In Taste is a book about the life in Italy, the cooking style and the recipes. The author describes very interesting details about life in the old days in Italy. Containing over two hundred recipes for Italian dishes.
(12390 views) 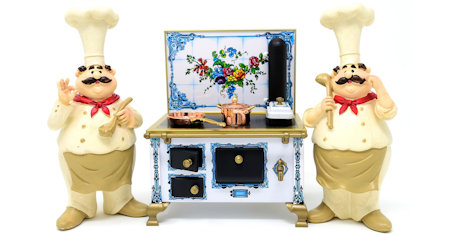