Probability and Statistics: A Course for Physicists and Engineers
by Arak M. Mathai, Hans J. Haubold - De Gruyter Open , 2017
This is an introduction to concepts of probability theory, probability distributions relevant in the applied sciences, as well as basics of sampling distributions, estimation and hypothesis testing. Designed for students in engineering and physics.
(1806 views)

Seeing Theory: A visual introduction to probability and statistics
by T. Devlin, J. Guo, D. Kunin, D. Xiang - Brown University , 2018
The intent of the website and these notes is to provide an intuitive supplement to an introductory level probability and statistics course. The level is also aimed at students who are returning to the subject and would like a concise refresher ...
(2777 views)

Bayesian Field Theory
by J. C. Lemm - arXiv.org , 2000
A particular Bayesian field theory is defined by combining a likelihood model, providing a probabilistic description of the measurement process, and a prior model, providing the information necessary to generalize from training to non-training data.
(2353 views)

Theory of Probability: A Historical Essay
by Oscar Sheynin - arXiv.org , 2017
This book covers the history of probability up to Kolmogorov with essential additional coverage of statistics up to Fisher. The book covers an extremely wide field, and is targeted at the same readers as any other book on history of science.
(3204 views)

Introduction to Probability, Statistics, and Random Processes
by Hossein Pishro-Nik - Kappa Research, LLC , 2014
This book introduces students to probability, statistics, and stochastic processes. It can be used by both students and practitioners in engineering, sciences, finance, and other fields. It provides a clear and intuitive approach to these topics.
(7953 views)

Advanced Data Analysis from an Elementary Point of View
by Cosma Rohilla Shalizi - Cambridge University Press , 2013
This is a draft textbook on data analysis methods, intended for a one-semester course for advance undergraduate students who have already taken classes in probability, mathematical statistics, and linear regression. It began as the lecture notes.
(5920 views)

Introduction to Probability and Statistics Using R
by G. Jay Kerns , 2010
A textbook for an undergraduate course in probability and statistics. The prerequisites are two or three semesters of calculus and some linear algebra. Students attending the class include mathematics, engineering, and computer science majors.
(5774 views)

Probability and Statistics Cookbook
by Matthias Vallentin , 2012
The cookbook contains a succinct representation of various topics in probability theory and statistics. It provides a comprehensive reference reduced to the mathematical essence, rather than aiming for elaborate explanations.
(14698 views)

Basic Data Analysis and More: A Guided Tour Using Python
by O. Melchert - arXiv , 2012
In these lecture notes, a selection of frequently required statistical tools will be introduced and illustrated. They allow to post-process data that stem from, e.g., large-scale numerical simulations (aka sequence of random experiments).
(9988 views)

A Minimum of Stochastics for Scientists
by Noel Corngold - Caltech , 2009
The book introduces students to the ideas and attitudes that underlie the statistical modeling of physical, chemical, biological systems. The text contains material the author have tried to convey to an audience composed mostly of graduate students.
(8645 views)

Lectures on Noise Sensitivity and Percolation
by Christophe Garban, Jeffrey E. Steif - arXiv , 2011
The goal of this set of lectures is to combine two seemingly unrelated topics: (1) The study of Boolean functions, a field particularly active in computer science; (2) Some models in statistical physics, mostly percolation.
(8071 views)

Topics in Random Matrix Theory
by Terence Tao , 2011
This is a textbook for a graduate course on random matrix theory, inspired by recent developments in the subject. This text focuses on foundational topics in random matrix theory upon which the most recent work has been based.
(9578 views)

Statistics, Probability, and Game Theory: papers in honor of David Blackwell
by David Blackwell, at al. - IMS , 1996
The bulk of the articles in this volume are research articles in probability, statistics, gambling, game theory, Markov decision processes, set theory and logic, comparison of experiments, games of timing, merging of opinions, etc.
(9479 views)

Lectures on Probability, Statistics and Econometrics
by Marco Taboga - statlect.com , 2010
This e-book is organized as a website that provides access to a series of lectures on fundamentals of probability, statistics and econometrics, as well as to a number of exercises on the same topics. The level is intermediate.
(9879 views)

A defense of Columbo: A multilevel introduction to probabilistic reasoning
by G. D'Agostini - arXiv , 2010
Triggered by a recent interesting article on the too frequent incorrect use of probabilistic evidence in courts, the author introduces the basic concepts of probabilistic inference with a toy model, and discusses several important issues.
(11961 views)

Principles of Data Analysis
by Cappella Archive - Prasenjit Saha , 2003
This is a short book about the principles of data analysis. The emphasis is on why things are done rather than on exactly how to do them. If you already know something about the subject, then working through this book will deepen your understanding.
(10273 views)

An Introduction to Stochastic PDEs
by Martin Hairer - arXiv , 2009
This text is an attempt to give a reasonably self-contained presentation of the basic theory of stochastic partial differential equations, taking for granted basic measure theory, functional analysis and probability theory, but nothing else.
(9916 views)

Markov Chains and Mixing Times
by D. A. Levin, Y. Peres, E. L. Wilmer - American Mathematical Society , 2008
An introduction to the modern approach to the theory of Markov chains. The main goal of this approach is to determine the rate of convergence of a Markov chain to the stationary distribution as a function of the size and geometry of the state space.
(10194 views)

Stochastic Integration and Stochastic Differential Equations
by Klaus Bichteler - University of Texas , 2002
Written for graduate students of mathematics, physics, electrical engineering, and finance. The students are expected to know the basics of point set topology up to Tychonoff's theorem, general integration theory, and some functional analysis.
(10367 views)

Bayesian Spectrum Analysis and Parameter Estimation
by G. Larry Bretthorst - Springer , 1988
This work is a research document on the application of probability theory to the parameter estimation problem. The people who will be interested in this material are physicists, economists, and engineers who have to deal with data on a daily basis.
(12968 views)

Design of Comparative Experiments
by R. A. Bailey - Cambridge University Press , 2008
This book develops a coherent framework for thinking about factors that affect experiments and their relationships, including the use of Hasse diagrams. The book is ideal for advanced undergraduate and beginning graduate courses.
(18047 views)

Correlation and Causality
by David A. Kenny - John Wiley & Sons Inc , 1979
This text is a general introduction to the topic of structural analysis. It presumes no previous acquaintance with causal analysis. It is general because it covers all the standard, as well as a few nonstandard, statistical procedures.
(12107 views)

Inverse Problem Theory and Methods for Model Parameter Estimation
by Albert Tarantola - SIAM , 2004
The first part deals with discrete inverse problems with a finite number of parameters, while the second part deals with general inverse problems. The book for scientists and applied mathematicians facing the interpretation of experimental data.
(12253 views)

Non-Uniform Random Variate Generation
by Luc Devroye - Springer , 1986
The book on small field on the crossroads of statistics, operations research and computer science. The applications of random number generators are wide and varied. The study of non-uniform random variates is precisely the subject area of the book.
(10947 views)

Markov Chains and Stochastic Stability
by S.P. Meyn, R.L. Tweedie - Springer , 2005
The book on the theory of general state space Markov chains, and its application to time series analysis, operations research and systems and control theory. An advanced graduate text and a monograph treating the stability of Markov chains.
(17251 views)

Convergence of Stochastic Processes
by D. Pollard - Springer , 1984
Selected parts of empirical process theory, with applications to mathematical statistics. The book describes the combinatorial ideas needed to prove maximal inequalities for empirical processes indexed by classes of sets or classes of functions.
(11391 views) 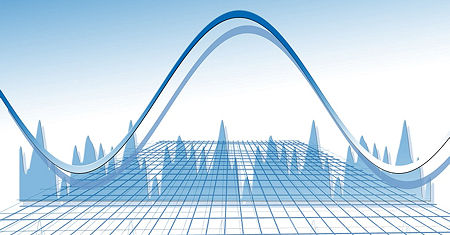