Introduction to Java
by Jane Meyerowitz, Deshendran Moodley - University of KwaZulu-Natal , 2004
These lecture notes are designed for use in the first year Computer Science modules. They provide an introduction to problem solving, programming, and the Java language. They are intended to serve as a complement to the formal lectures.
(6715 views)

Essential Java
by Rahul Batra , 2013
This is a gentle introduction to the basics of the Java programming assuming no previous knowledge of it. Contents range from writing the simplest of Java programs to exception handling. Any knowledge of how programs work will benefit the reader.
(8537 views)

Learning Java
by Patrick Niemeyer, Daniel Leuck - O'Reilly Media , 2013
If you're new to Java, this bestselling guide provides an example-driven introduction to the latest language features and APIs in Java 6 and 7. Advanced developers will be able to take a deep dive into areas such as concurrency and JVM enhancements.
(9790 views)

Java for Python Programmers
by Brad Miller - interactivepython.org , 2011
This e-book is an ongoing project to help Computer Science students who have had one or two semesters of Python learn the Java programming language. If you are not a part of that audience you may still find this a useful way to learn about Java.
(9582 views)

Java: Learning to Program with Robots
by Byron Weber Becker - Course Technology , 2006
This book is an innovative approach to learning introductory object-oriented programming. Students are introduced to object-oriented concepts with simulated robots, a hands-on approach that is engaging and fun for both students and instructors.
(9682 views)

Java Programming for Kids, Parents and Grandparents
by Yakov Fain , 2004
Written for kids from 11 to 80 years old and for school computer teachers, parents who want to get their child into the world of computer programming and college students who are looking for a supplement to overcomplicated textbooks.
(13841 views)

Object-oriented Programming in Java
by Richard L. Halterman - Southern Adventist University , 2008
The author is using this text in his beginning computer programming course. It is aimed at students with little or no programming experience, and it uses DrJava as a vehicle for student experimentation object-oriented programming concepts.
(9324 views)

Java Programming
- Wikibooks , 2011
The book serves as a comprehensive guide, complete with a series of tutorials to help users better understand the many ways one can program in Java. It is meant to be both an introductory guide and a reference on Java and related technologies.
(14089 views)

Free Java Book
by Daniel L. Schuster - Western State College , 2011
Enter the ACM Java libary. This library made it possible to teach simple graphics and arcade game programming to students with no prior programming experience. But the students are still learning real coding and real Java.
(10487 views)

Introduction to Programming in Java: An Interdisciplinary Approach
by Robert Sedgewick, Kevin Wayne - Princeton University , 2007
This book is an interdisciplinary approach to the traditional CS1 curriculum. It teaches all of the classic elements of programming. The book is organized around four areas of computer science: programming, machine architecture, theory, and systems.
(15163 views)

Java for the Beginning Programmer
by Jeff Heaton - Heaton Research, Inc. , 2006
The book teaches Java to someone with absolutely no programming background. It focuses on core programming topics such as variables, looping, subroutines, and program layout. This course focuses on real programming techniques, and not using an IDE.
(15437 views)

Brewing Java: A Tutorial
by Elliotte Rusty Harold - Cafe au Lait , 2005
This is a tutorial introduction to Java that just covers what you need to know to start programming command line applications in Java. This is an introduction to the basic syntax of the language. Part 3 covers the basics of writing applets in Java.
(10544 views)

Java - Servlets - JSP
by V. Mukhi, S. Mukhi, N. Kotecha - bpbonline.com , 2009
In this book, we start off assuming that you know no programming language at all. We teach you Java one concept at a time and taking things real slow and easy. We believe that the best way to learn is to try and absorb just one concept at a time.
(10451 views)

Interactive Programming In Java
by Lynn Andrea Stein - Morgan Kaufmann Publishers , 2003
Introduction to computer programming intended for students in standard CS1 courses with no prior programming experience. It is the first textbook to rethink the traditional curriculum in light of the current interaction-based computer revolution.
(13736 views)

How to Think Like a Computer Scientist (Java Version)
by Allen B. Downey - Green Tea Press , 2008
This book is less about Java, and it is only partly about programming. It is about a way of thinking. Computer scientists have an approach to problem-solving, and a way of crafting solutions, that is unique, versatile and powerful.
(19798 views)

Essentials of the Java Programming Language: A Hands-On Guide
by Monica Pawlan - Addison-Wesley Professional , 2000
This book will help you learn Java fast, hands-on, with as little complexity and theory as possible. The guide covers all the fundamentals by developing a simple program that gradually grows into a full-fledged eCommerce application.
(18927 views)

Bleeding at the Keyboard: A Guide to Modern Programming with Java
by Gregory J. E. Rawlins - Indiana University , 1999
The book appeared as a material developed for the Fall 1999 C212 class at Indiana University. The text covers objects, classes, methods, Java interpreter. It is sutable for absolute beginners, the author will guide you step by step on learning Java.
(26666 views)

Java Au Naturel
by Dr. William C. Jones, Jr. , 2004
This book focuses on software development with an object-oriented approach, Java is used for the implementation. No knowledge of programming or mathematics is required. Over 100 instructors across the U.S.A. are teaching from this textbook.
(16599 views)

Introduction to Computer Science using Java
by Bradley Kjell - Central Connecticut State University , 2006
The text for a first course in computer science using the programming language Java. It covers the fundamentals of programming and of computer science. It is assumed that you have the Java version 5.0 or later and a text editor such as Notepad.
(24228 views)

Thinking in Java
by Bruce Eckel - MindView , 2002
This is a comprehensive tutorial, it covers many aspects of the language, with exercises in each section which will allow you to expand your Java knowledge. Perfect for migrating from another object-oriented language (C++) to Java.
(25119 views) 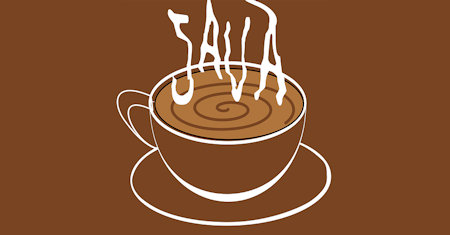