3D Game Development with LWJGL 3
by Antonio Hernandez Bejarano - GitBook , 2017
This online book will introduce the main concepts required to write a 3D game using the LWJGL 3 library. LWJGL is a Java library that provides access to native APIs used in the development of graphics, audio and parallel computing applications.
(6087 views)

Java Swing Tutorial
by Jan Bodnar - ZetCode , 2011
Swing library is an official Java GUI toolkit released by Sun Microsystems. It is used to create Graphical user interfaces with Java. This is a Java Swing tutorial. The Java Swing tutorial is suited for beginners and intermediate Swing developers.
(14916 views)

Free Java Book
by Daniel L. Schuster - Western State College , 2011
Enter the ACM Java libary. This library made it possible to teach simple graphics and arcade game programming to students with no prior programming experience. But the students are still learning real coding and real Java.
(10864 views)

Killer Game Programming in Java
by Andrew Davison - O'Reilly Media , 2009
This book is for people who already know the basics of Java. It teaches reusable techniques which can be pieced together to make lots of games. For example, how to make a particle system, first-person keyboard controls, a terrain follower, etc.
(18405 views)

The Java Game Development Tutorial
by Fabian Birzele - Java Cooperation , 2004
A very detailed introduction into the development of online games using Java. The text will lead you from the basic structure of an applet to the development of a whole game. Topics covered: AI, level editors, random generation of landscapes, etc.
(22966 views)

Java Sound Programmer Guide
- Sun Microsystems, Inc. , 2002
A conceptual description of the Java Sound API, with some code snippets as programming examples. It is assumed that the reader has a basic knowledge of programming in the Java language. Familiarity with audio and MIDI is helpful but not assumed.
(16491 views)

Getting Started with the Java 3D API
by Dennis J. Bouvier - Sun Microsystems, Inc. , 1999
The Java 3D API is a hierarchy of Java classes for a sophisticated three-dimensional graphics and sound rendering system. This tutorial introduces the main concepts of the Java 3D API, including many code samples, examples, and diagrams.
(16076 views)

The Java Game Programming Tutorial
by Garry Morse , 1997
This tutorial starts with basic issues in the Java language with regard to applets, particularly for beginners or knowledgeable programmers who wish to make online Java presentations or games. The tutorial applets are available for downloading.
(17886 views)

Evaluating Java for Game Development
by Jacob Marner , 2002
The purpose of this text is to examine if the use of Java for games is advantageous to C and C++. The target group of the text is professional game programmers with little or no knowledge of Java. The focus is on games intended for retail.
(15626 views) 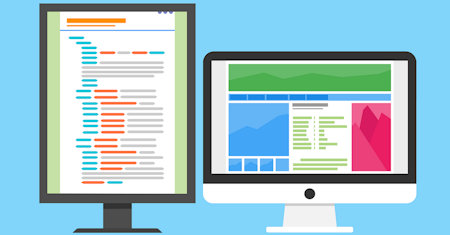