Electromechanisms: Fabrication
by K. Paul - Delmar Publishers , 1973
The book is intended to provide a meaningful experience in fabrication techniques for students of modern technology. The text is presented in an action oriented format combining features normally found in a textbook with those of a laboratory manual.
(6918 views)

Electromechanisms: Devices
by L. Paul Robertson, Bob R. Hunter, Richard L. Allan - Delmar Publishers , 1971
The book presents motors, generators, relays, solenoids and other selected topics in a simple and direct manner. The materials are presented in an action-oriented format combining the features found in a textbook with those of a laboratory manual.
(5176 views)

Mechanisms / Linkages
by L.P. Robertson, et al. - Delmar Publishers , 1972
This material is an introductory treatment of modern Mechanical Linkages, combining the elements of mechanical theory with those of practicality. The topics treated include various levers and four-bar configurations and some selected special topics.
(6877 views)

Computer Architecture and Interfacing to Mechatronic Systems
by Dario J. Toncich - Chrystobel Engineering , 1994
The purpose of this book is to address the links that need to be bridged between modern electronic and mechanical equipment. We look at the issue of what a mechanical or manufacturing engineer needs to know in order to design mechatronic systems.
(10077 views)

Robotics
- Wikibooks , 2012
Robotics brings together several very different engineering areas and skills: mechanics, electronics, programming... This book tries to cover the key areas of robotics as a hobby. When possible examples from industrial robots will be addressed too.
(8072 views)

Robot Arms
by Satoru Goto - InTech , 2011
Applications of robot arms are not limited to the industrial factory but expanded to living space or outer space. The robot arm is an integrated technology, and its technological elements are actuators, sensors, mechanism, control and system, etc.
(10347 views)

Automation and Robotics
by Miltiadis A. Boboulos - BookBoon , 2010
In this book for the optimization of assembly conveyor lines we are dealing with series part production featured by a medium complexity degree and a medium number of individual components and assembly technique alternatives.
(12703 views)

Advances in Robot Manipulators
by Ernest Hall - InTech , 2010
The purpose of this volume is to inspire the continual invention of robot manipulators. The concept of eclecticism for the design, simulation and implementation of a real time controller for an intelligent, vision guided robots is now being explored.
(11301 views)

Advances in Haptics
by Mehrdad Hosseini Zadeh - InTech , 2010
Haptic technology enables computer users to manipulate remote objects in virtual environments or tele-operation systems. In this book authors from around the world present the results of their research on various issues in the field of haptics.
(10649 views)

Climbing and Walking Robots: Towards New Applications
by Houxiang Zhang - InTech , 2007
An overview of the latest wide-range achievements in climbing and walking robotic technology for researchers, scientists, and engineers throughout the world. Different aspects are presented from the scientific and from the technical point of view.
(11271 views)

Robot Manipulators
by Marco Ceccarelli - InTech , 2008
Each chapter addresses a specific area of modeling, design, and application of robots but with an eye to give an integrated view of what make a robot a unique modern system for many different uses and future potential applications.
(12898 views)

Parallel Manipulators, Towards New Applications
by Huapeng Wu - InTech , 2008
This volume opens a view of current parallel robot research and applications: remote handling, machine tools, medical robots, simulators, micro-robots, and humanoid robots. There are contributions by authors from around the world.
(12850 views)

Cutting Edge Robotics
by V. Kordic, A. Lazinica, M. Merdan - InTech , 2005
This book is the result of contributions from many researchers worldwide. It presents a collection of wide range research results of robotics scientific community. Various aspects of current research in robotics area are explored and discussed.
(16335 views) 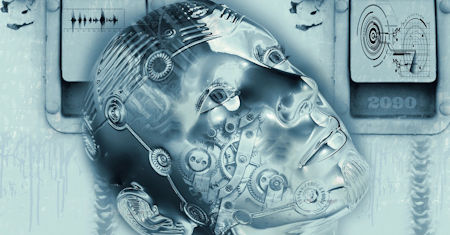